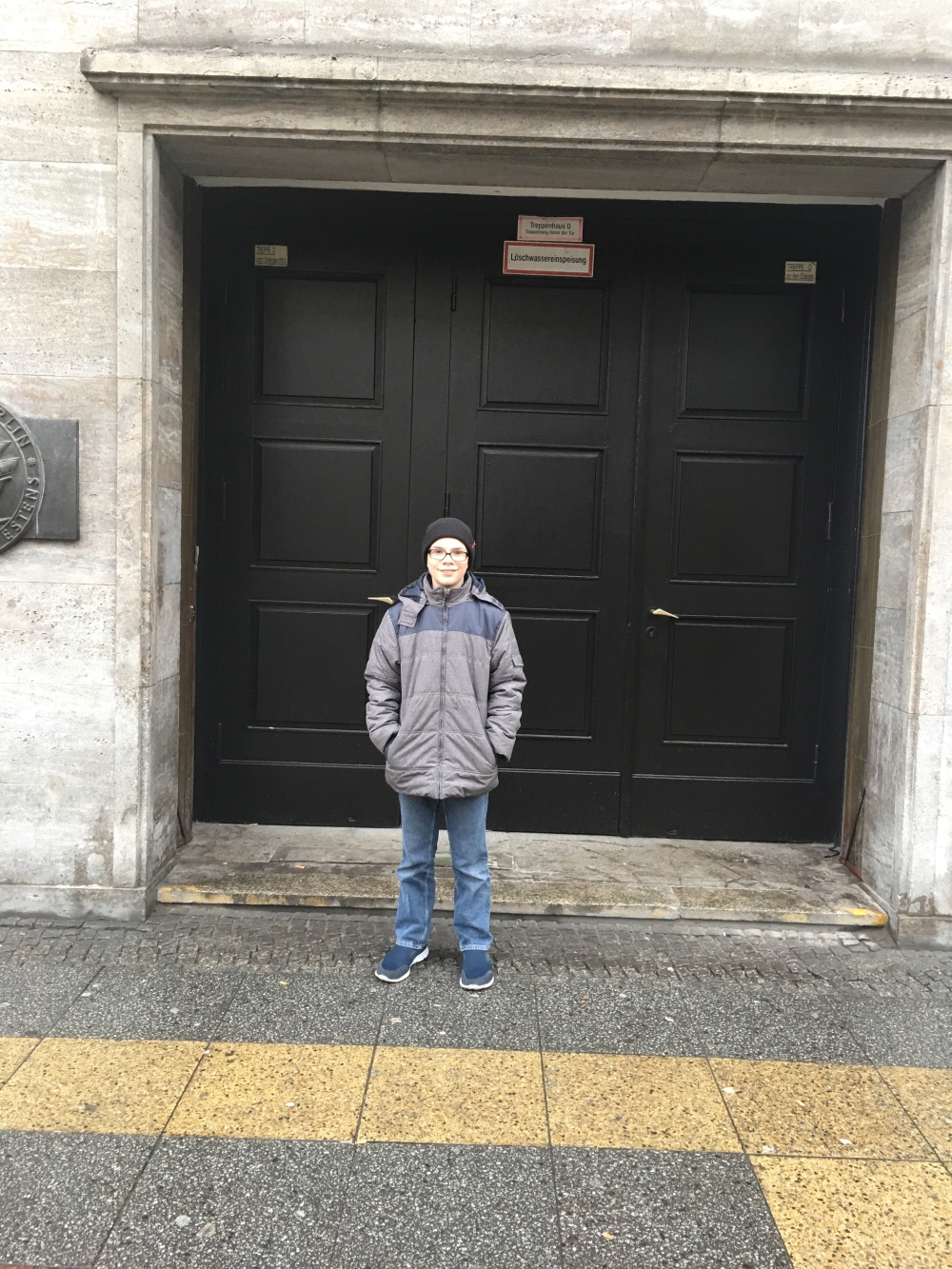 William was walking just ahead of me when I noticed them. Four obviously well-trained policemen paying rapt attention to the crowd. Usually, I feel comforted by such sites, but not this time. One of them returned my gaze, and at once i had an uneasy feeling. Shrugging it off, I put my arm around my twelve year old son and we turned down the street, leaving Breitscheidplatz, and heading for the department store to go Christmas shopping. That was two days ago.

This morning I went outside my door, downstairs, through the courtyard, and emerging from the archway, I stepped out onto the street here in the Wedding District of Berlin. To the naked eye, nothing had changed. Perhaps there were fewer cars or fewer people, but that could be explained by the upcoming holiday.

My usual route to the gym involves going one stop on the S Bahn train to Gesundbrunnen. But there was nothing usual about this trip. Usually people are smiling. Usually there is a confident atmosphere. Not today.

There has been a lot of fighting here politically over the issue of refugees. Many people have expressed a feeling of nervousness, and many have embraced the newcomers and decided to make personal sacrifices to help them to integrate, to help make life just a little bit better for people who, by and large, have suffered greatly prior to coming to Germany. But on both sides of the debate there is a sense of pride that you feel. They are proud that they, as a nation, are capable and willing to help so many people, so well.

Well last night someone did the unthinkable. As revelers celebrated in Christmas Markets all across Germany, someone took a huge truck and rammed it into a market. At first, a Pakistani refugee was thought to have been the driver, and perhaps he was.

Suddenly, people don’t feel as safe as they did yesterday. They are uneasy in the light of what has just transpired. Germany has just suffered the worst terrorist attack in her modern history.

In less than an hour, our family will gather ourselves and head out again this evening to attend a party. We will take the train. An we will arrive at one of the refugee camps we work in to celebrate Christmas. We will celebrate the birth of a Savior hardly known by most of the attendees.

What a privilege we have. What an honor it is to be, perhaps not on the front lines, but further into the interior of the battle than we could have ever thought we would be. Not the battle between the terrorists and the governments that hunt them, not the battle for political gain or loss from such a shocking event, but the battle for the coming of the Kingdom of God. The battle to let the nations, especially the nations of the Middle East, know Jesus.